The first was taken from a moving train in Beijing.  I spotted the buildings and thought they looked intersting.  The original shot is nothing special as you can see here. 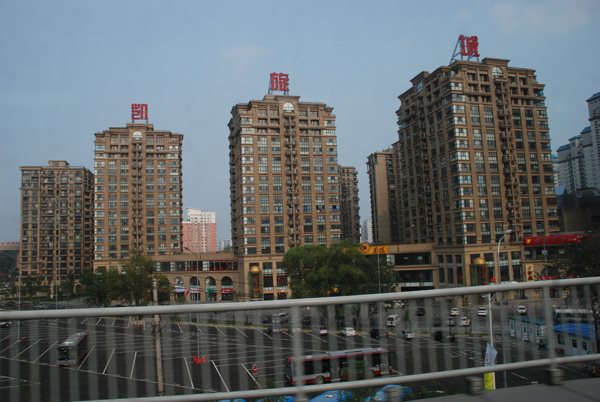 I cropped a lot out of this image, converted to mono and added a second texture image for mood.  I also cloned out distracitng buildings and ended up with (what I think) looks like something from an old Eastern block country.

The second shot was also taken in Beijing at the Forbidden City.  The original has lots of distractions in it including people, light posts and tunnels.

First I converted the image into square format, removed the posts, people and tunnels, filled in the holes and added texture and colour layers to create some mood and atmosphere.

Both of the reworked images are available for purchase in the "image galleries" inside the "simple by design" and "urban art" galleries.